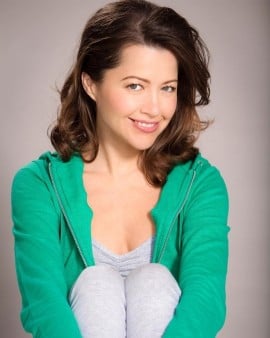 I'm Melissa Huggins - the creator of Vegan Huggs. I started this blog to share delicious vegan recipes that everyone will love. Yep, that includes carnivores, too!

I've been creating vegan recipes for over 10 years and they are tried and true. My recipes have been featured in Vegan Food & Living, Redbook, Buzzfeed, Huffington Post, Live Kindly, Veg News, Self and more.

Vegan food doesn't mean bland or boring and it doesn't have to be complicated either. My recipes are easy to make, full-flavored, and comforting!

You'll find a variety of veganized comfort classics, hearty soups, 30-minute meals, burgers, wraps, sweet treats and so much more! I also offer many recipes that are gluten-free and oil-free, too.

So, whether you're a newbie to veganism or just looking for tasty food inspiration, you'll find something here to make your taste buds happy. You can find the deliciousness on my Recipe Index Page.

Not sure where to start? Here are the most popular recipes on Vegan Huggs:

There's a little something here to please everyone's taste buds and I'm always open to new suggestions. I'd love to hear what y'all are craving, so feel free to leave a comment below or send me a message on my Contact Page.

Sign up for weekly recipes and my free ebook

If you'd like to get my weekly recipes straight to your inbox, you can sign up for my free newsletter HERE. I'll also send you my Fan Favorites Ebook to get you started.

We all start somewhere, so please don't be scared off. This isn't easy to do overnight, but I've done most of the groundwork, so you don't have to. The big bonus of eating a plant-based diet is you'll feel alive and vibrant!  So, come along on this journey with me at Vegan Huggs...you won't regret it! 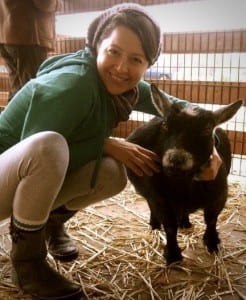 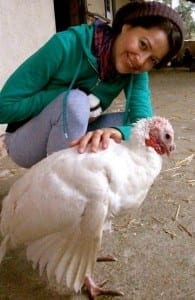 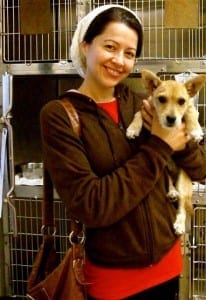 Why I switched to veganism

I went vegan in 2008. Along with giving birth to my son, going vegan was the best thing I've done in my life. My life began to have a purpose and I felt more connected.

It all started with a dog named Cayenne. My former roommate found him running through the busy streets of LA and caught him. He was a beautiful dog and had a funny little overbite. At first, I thought he was mad and showing his teeth, but he was a complete sweetheart with a unique grin. We weren't allowed to have dogs in the apartment so we couldn't keep him long.

This was the first time I had ever been part of this type of rescue (many more were to follow). The best thing to do (if possible) is to go to a local vet and have the pet checked for a chip. We didn't know any better, so we took him to the local shelter to check for a chip. Also, we didn't realize that it was a high-kill shelter that was way overcrowded. It was a bad idea because when they scanned him, they told us it was their chip and they needed to hold him until the owners came for him.

We offered to hold him until the owners came forward, but they wouldn't allow it. They give the family 14 days to respond to their letter. I was distraught and in tears, but there was nothing I could do. They took him away and put him in a horrible, scary pen with hundreds of dogs barking around him. He was terrified!

I went to the shelter every day to visit Cayenne. Each day he seemed to disconnect a little more. I was devastated! Also, he started to get extremely sick. After day 10, I completely broke down in the lobby and I begged the staff to let me take him home. I asked them to please call the owner's number again. They finally called again and someone answered. Apparently, they had given Cayenne away to a friend who no longer wanted him. The original owner came in to release the dog back to the shelter, and I was able to adopt him.

It took almost three weeks to get Cayenne healthy again...mentally and physically. Being at the shelter had changed him, and it also changed me forever. My eyes saw so much pain and sadness there. The door was open and it was never going to shut. I was a completely different person.

A few months later, Cayenne was adopted by a wonderful family. They fell in love with him and his cute little quirks. Cayenne is still living a happy life with them in sunny California and he deserves it.

After this, I fostered pets, but I wanted to do more. I had an appointment with a local animal rescue to volunteer. During the meeting, the owner asked me if I ate meat. I told him I did and he quickly said to me "so, you're saving the cats and dogs, but killing the cows and chickens?" Wow, lightbulb moment for me! He was right and I never thought of it that way. I never saw the faces of the animals I was eating, so that's why I never connected the dots.

So, I went home and watched the documentary, Earthlings. SO many tears poured out of my eyes and I felt so much pain. I can't believe I never realized what I was contributing to. That was it for me... I never consumed animal products again. I felt sad and betrayed, but I was awakened for the first time in my life.

I knew that this was just the beginning for me and I learned so much more about how animals were horribly treated. Various things, like clothing, beauty care, animal testing, entertainment and so much more that kills me to think of. Even though It hurt to realize how much animals suffer for humans, I felt like I was living my life more authentically...with my eyes, ears, and heart, truly open. Helping animals has become a part of my soul and this is what I was destined to do (quite different than my original plans). I feel settled in my life because I have found my purpose for being here. 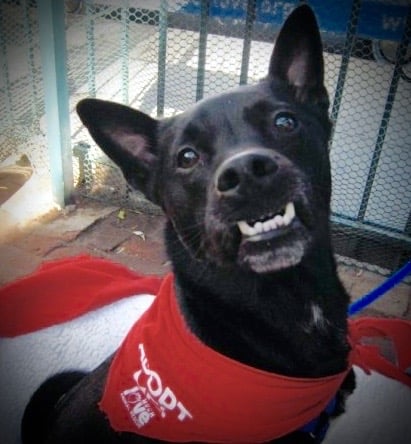 This is Cayenne, he's the sweet soul that rescued me.